Marypole McMahon lived in Boston with her husband and two children. Let us tell you that McMahon was preparing to participate in the Boston Marathon. 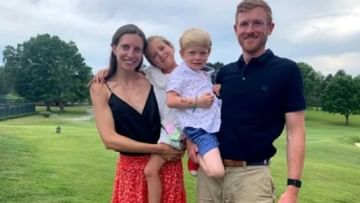 Merapole McMahon was preparing for the Boston Marathon.

A shocking incident has emerged from the United States of America. there a 36 year old healthy female mypole mcmahon died suddenly of the flu. According to the information, the woman was not suffering from any disease. She was completely healthy. Marypole McMahon lived in Boston with her husband and two children. Let us tell you that McMahon was preparing to participate in the Boston Marathon.

Just two days before his death (on 27 December), he completed a 13 kilometer test run to prepare for the marathon competition. The doctor treating McMahon said it was a “one in a million case”. According to information, a week ago, McMahon had also done rooting for Argentina in the World Cup final. And celebrated the first day of Hanukkah with my family.

McMahon was having trouble breathing

According to a media report, McMahon’s health suddenly deteriorated on Tuesday and he started having trouble breathing. After which the family took him to the hospital where the doctors declared him dead after some time of treatment. Ian Meropol, McMahon’s older brother, said, “The doctor’s words, I’ll always remember – ‘It’s one in a million cases of influenza'”. My sister was an incredibly smart, hardworking, driven, she was someone everyone knew would be successful.

McMahon worked as an executive at American Express and Burberry, according to a media outlet there. The (CDC) said the flu affects about eight percent of people in the US each season. It can cause mild to severe illness.