The senator added, “And they know all too well what they (China) want. It wouldn’t be surprising if they started saying, ‘Stay away, we’re already here, this is our fiefdom’ .'” 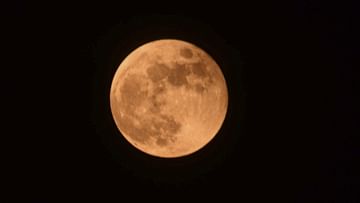 United States of america And China The race to the moon has become even more competitive. In the coming two years, it will be decided who has won this race. American Space Research Center NASA Top administrator Bill Nelson has told that if China wins, he Moon can lay claim to a large part of During the discussion with the outlet, the former Florida senator and Astronaut told that, ‘This is a fact. We are in the space race. And it is true that it would be better if we take care that they do not grab a place on the moon under the guise of scientific research.

The senator further said, “And everyone knows very well what they (China) want. It won’t be surprising if they say, ‘Stay away, we’re already here, this is our fiefdom.’” Nelson cited China’s aggression in the South China Sea, where the Chinese government has regularly conducted strikes. Has claimed sovereignty over territory belonging to other countries. He said that if there is any doubt on this, see what they did with the Spratly Islands.

The outlet reported that China’s aggressive space program includes the recent launch of a new space station. Beijing has said it hopes to land its astronauts on the Moon by the end of the decade. In December, the Chinese government outlined its plans for more ambitious projects such as space infrastructure development and the establishment of a space governance system.

Meanwhile, NASA is working on its Artemis line of lunar missions. On December 11, NASA’s Orion spacecraft splashed down safely in the Pacific Ocean. Due to which the Artemis 1 mission ended. This mission which lasted for more than 25 days. It was designed to return people to the Moon in a few years. According to NASA footage, the unmanned capsule descended into the sea with the help of three huge red and white parachutes after penetrating the atmosphere at a speed of 40,000 kilometers per hour.