US Ambassador Razdan Duggal posted a picture of himself at the residence of India’s Ambassador to the Netherlands, Reenat Sandhu. He said in a tweet that we really enjoyed discussing our shared priorities and responsibilities as representatives of the world’s two largest democracies. 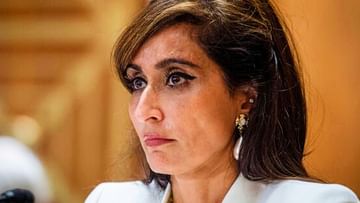 US Ambassador to the Netherlands Shefali Razdan Duggal. (file photo)

Indian-American Shefali Razdan Duggal, the US ambassador to the Netherlands, has been lauded by members of the prestigious community for taking her legacy far and wide as a diplomat and enriching America’s diversity. He is often called a trailblazer by people. Shefali Razdan Duggal american ambassador She is the first Kashmiri-American to be appointed as

US Ambassador Razdan Duggal (51) this week posted a picture of himself on Twitter at the residence of India’s Ambassador to the Netherlands Reenat Sandhu. He said in a tweet that we really enjoyed discussing our shared priorities and responsibilities as representatives of the world’s two largest democracies.

Strong partnerships and the power of diversity in a democracy

In response, Sandhu wrote on the micro-blogging site that I appreciate your warm gesture showing the strength of strong partnership and diversity in our democracy. Looking forward to working with you. A tweet with pictures of a meeting between two top women diplomats in the Netherlands is now garnering a lot of reactions from the Indian-American community.

Razdan Duggal organized an event at the US Embassy premises to celebrate the Hindu festival of Makar Sankranti and honor American civil rights leader Martin Luther King Jr. Reshma Saujani, an American lawyer, politician, public servant and founder of non-profit organization Girls Who Code, said that Shefali has always been dedicated to the aspirations of America and loves her country very much. Also she has always been very close to her Indian roots.

He said that when Shefali became the ambassador, it was a happy moment for America, India and the Indian diaspora. Mr. Preston Kulkarni, currently the Chief of External Affairs for AmeriCorps, said that the Indian-American community is proud of him.

He said that America’s greatest strength is our diversity, and it is very meaningful to see the cultures, faiths and languages ​​of India as part of American culture, not only in India and America, but around the world.