Federal prosecutors allege that Pandya and his medical practice billed the government for cataract surgery and diagnostic tests that were not medically necessary and were incomplete. 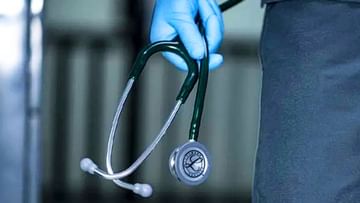 He will have to pay $1.85 million to settle charges against an Indian-origin doctor and her medical practice group. He is accused of providing medically unnecessary cataract surgery And bills were sent to the government for diagnostic tests and in some cases the patient was injured. Aarti Pandya and Aarti D. Pandya, M.D.P.C. have agreed to pay approximately $1,850,000 to settle allegations of violating the False Claims Act.

Federal prosecutors allege that Pandya and his medical practice billed the government for cataract surgery and diagnostic tests that were not medically necessary and were incomplete.

US Attorney Ryan Buchanan said that physicians who diagnose and treat without medical necessity profit from patients and put their lives at risk. Officials said the settlement resolves allegations that from January 1, 2011 to December 31, 2016, Pandya knowingly submitted false claims to federal health care programs for medically unnecessary cataract surgery and other procedures.

A 41-year-old Indian-origin man has been arrested in the US on suspicion of attempted murder and child abuse. According to the information, the accused deliberately dropped Tesla from a cliff along with his wife and two children. The accused has been identified as Dharmesh A. Patel, he lives in Pasadena, California. According to the US police, the accused will be sent to the San Mateo County Jail after being discharged from the hospital. California’s Highway Patrol Police said that the accused Dharmesh, his wife and children survived the accident, all have been rescued and saved. He told that fire fighters were engaged in the rescue operation.