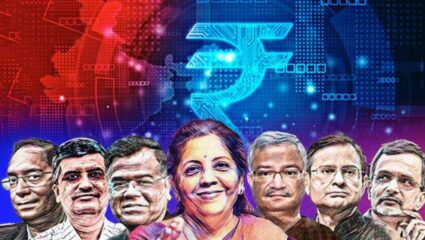 Delhi: 1 The attention of the whole country is on the Union Budget 2023-24 (Union Budget 2023) to be presented on February. This budget is going to be important for everyone from the common man to the farmers and businessmen. Common people are worried about what they will get and what will be expensive this year from Finance Minister Nirmala Sitharaman’s Finance Department. Prime Minister Narendra Modi has also given some important indications before the budget. Because of this, every sector is eyeing the budget to be presented on February 1. Will the Finance Minister make any changes in the tax slabs after 8 years? This is important to see. Meanwhile, let us know what opportunities can be found in this budget.

This is the last budget presented by the Modi government before the 2024 elections. Before this, the assembly elections of 9 states will also be held. In such a situation, the Central Government can increase the tax concessions available to the salaried employees. In 2014, the then Finance Minister Arun Jaitley raised the tax for the last time. Therefore, now there is a possibility of increasing the existing tax exemption limit of 2.5 lakhs to 5 lakhs.

What’s in the budget for borrowers?

In fact, to curb rising inflation, the Reserve Bank (RBI) had increased interest rates last year. Home loan borrowers were hit the most. This increased the premium for home buyers. In this case, the finance minister can increase the interest deduction on home loan from Rs 2 lakh to Rs 5 lakh under Act 24B.

Most focus on farmers

Many schemes will also be planned for the farmers in this budget. In the budget, the government is expected to increase the cash assistance given to farmers under PM Kisan Yojana. That is, under PM Kisan Yojana, farmers are paid 6 thousand rupees every year. Apart from this, the government can also make a big announcement for Agri Technology Startups.

Will there be a discount on train fares as well?

Since the expansion of Vande Bharat Trains, many new trains can also be announced in this budget. So will rail travel become cheaper after this year’s budget? Meanwhile, can senior citizens also be exempted from this? It is also necessary to see this now.

There will be good news regarding health insurance

Finance Minister Nirmala Sutharaman can make some big announcements regarding health insurance. After the terrible times of Corona, people have become more health conscious and this has led to a huge increase in insurance takers. Currently there is a tax exemption limit of Rs 35,000 on health insurance for husband, wife and children. The same limit is expected to be raised to Rs 50,000.

Will there be relief from inflation?

In 2022, the country had to bear the brunt of inflation. From the price of gas to the price of petrol and diesel, the prices have gone up. Due to the increase in the price of fuel, food items also became expensive. So it is important to see whether people will get relief from inflation in this year’s budget.

What steps will the government take to provide employment to the youth?

The issue of unemployment remains a subject of constant confrontation between the central government and the opposition. The government may raise the issue of employment in the budget before the 2024 elections. Therefore, the possibility of announcing a big package for the youth cannot be ruled out. There is an economic recession in the world. Meanwhile, the businessmen of the country have high expectations from the budget. It is expected that the government will try to promote business. That’s why it has to be seen whether businessmen get relief in this year’s budget or not.

What will women get from the budget?

Finance Minister Nirmala Sitharaman herself is a woman. That’s why women also have high expectations from the budget. The demand to increase the tax slab for women to Rs 10 lakh has been going on for several days. That’s why it is also discussed that the Finance Minister can make some announcements for women entrepreneurs.

After the Competition Commission of India ie CCI, the search engine Google has now also received a setback from the National Company Law Appellate Tribunal (NCLAT). In fact, the NCLAT directed Google to pay 10 per cent of the fine of Rs 1,337.76 crore imposed on it by the Competition Commission of India (CCI). Accordingly, Google will have to deposit Rs 137 crore immediately.

A two-member NCLAT bench refused to immediately stay the implementation of the penalty imposed by the CCI and said it would pass an order only after hearing the other parties. Simultaneously, the Appellate Tribunal issued notice to the CCI and directed it to list the matter for hearing on February 13 for the interim stay.

Google gave the petition: This direction of NCLAT has come on the petition of Google, in which it was accused of abusing its strong position in the Android mobile market. After this the CCI imposed the fine. At the same time, the order issued by Google has been challenged and said that this order is a blow to Indian consumers and this type of equipment will become more expensive in the country.

CCI had imposed a fine of Rs 1337.76 crore on Google on October 20 last year in this case. Further, the CCI had directed the Internet major to cease and desist from unfair trade practices.

The purchase of shares of Power Trading Service Provider company PTC India has increased. On Monday, the shareholders of the company have approved a final dividend of Rs 5.80 per equity share for 2021-22. This final dividend will be in addition to an interim dividend of Rs 2 per share.

In addition to the interim dividend, the final dividend was also approved at the Annual General Meeting (AGM) of the shareholders of PTC India held on December 30, 2022.

What is the company’s plan: On Monday, PTC India Chairman and MD Rajeev K Mishra said – We are also looking for opportunities in emerging areas like green hydrogen, battery energy storage systems in collaboration with global tech companies.

Although the year 2022 has not been very exciting in terms of IPO, but in the last month i.e. December, a company has surprised. The name of this company is DroneAcharya Aerial Innovations. The listing of this IPO took place on 23 December 2022. Since the day of listing, its stock is showing upper circuit.

The stock has hit upper circuit in all the subsequent six trading days. DroneAcharya Aerial Innovations share price is now at ₹136, up 150% from the upper price band of ₹54.

Got great response: Let us tell you that this drone company got a strong response from the investors. It got 262 times subscription in three days. It is the first private company to get DGCA (Directorate General of Civil Aviation) certified RPTO (Remote Pilot Training Organization) license in 2022. This company has trained more than 200 drone pilots since March 2022.

Sah Polymers, the last IPO of the year, has had a great opening. On Friday, 86 percent subscription was received on the first day of the IPO. The IPO received bids for 48,04,470 shares against an offer of 56,10,000 shares, according to data available with the National Stock Exchange (NSE).

What’s up with the gray market? Talking about the gray market premium ie GMP of Sah Polymers, it is Rs.6. The issue price of this IPO has been fixed at Rs 61-65 per share. In this context, the listing of the stock can reach beyond Rs 70.

While Pantomath Capital Advisors is acting as the merchant banker to the issue, Link Intime India is the registrar to the offer.

On the last trading day of the year, there are many such penny stocks which have seen strong growth. One such stock is Thambbi Modern Spinning Mills Limited. There was a bumper purchase of this stock for just Rs.4. Because of this the stock has climbed up to 40 per cent. Let’s know what the company does.

What is share price: The share price of Thambbi Modern Spinning Mills reached Rs 5.29 on the BSE index. A day earlier the share price was Rs 3.78. In this context, the stock has gained up to 39.95%. This is the 52-week high level of the stock. The total trade volume according to the index is 6449.

What is Rights Entitlement: These are much like coupon codes for shares. Under this, the investor gets three types of options. It can be used to buy shares at a discount price or sell them to someone else. This sale is done to the investor who wants to buy discounted shares. It also has an expiry date. The rights entitlements are listed on the stock exchange on the same day the rights issue opens. These can be traded on the exchange for about a week before being permanently delisted.

What does the company do: Thambbi Modern Spinning Mills is a textile company. It is engaged in the business of spinning and weaving different types of fibers and yarns. The company is also involved in the trading of cotton and yarn.