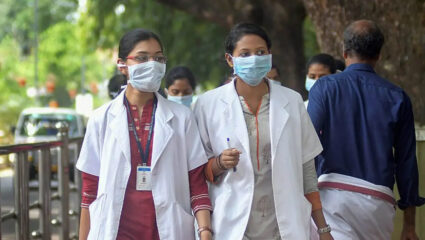 Earlier, on January 13, the deadline for completing the internship was extended from March 31 to June 30.

Union Ministry of Health Said in the tweet,Keeping in mind the future of more than 13,000 MBBS students in 5 States/UTs who have lost their jobs due to delayed internships NEET PG 2023 For students who were not eligible for the exam, the ministry has decided to extend the last date for completion of internship till 11 August 2023.

More than 3000 BDS students across States/UTs were not eligible for NEET MDS 2023 exam due to delayed internship. To benefit them, MoHFW has decided to extend the last date of completion of internship for eligibility to 30th June 2023: Ministry of Health

In another tweet, the ministry said, “Due to delayed internship, more than 3000 BDS students from States/UTs were not eligible for NEET MDS 2023 exam. To benefit them, the Ministry has decided to extend the last date of completion of internship for eligibility up to 30 June 2023. Best wishes to all the candidates.”

It may be noted that several student unions, aspirants and several state authorities had requested the ministry to extend the deadline. They are now also demanding to postpone the date of NEET-PG exam. The NEET-PG entrance exam for this year is to be held on March 5.

Income Tax Return filing: Have you missed filing your Income Tax Return (ITR) for FY 2021-22? If yes.. then you have only 4 days left. Explain that the deadline for filing belated and revised ITR will end on 31 December 2022. If a taxpayer has missed the last date for filing income tax return, he can file belated ITR.

What happens if I miss filing belated ITR?
The last chance to file a late return comes with a penalty. However, no penalty will be levied on the revised return. Amit Gupta, MD, SAG Infotech, said that late ITR payment is punishable under section 234F of the Income Tax (I-T) Act of 1961. For this, a fine of up to Rs 5000 may have to be paid. Sections 234A, 234B, and 234C impose penal interest depending on the type of tax due. Those who file late returns are similarly barred from carrying forward their losses. An ITR which was submitted late can be updated. However, if you file it at the same time, you will lose the opportunity to file the correct ITR if the mistake is discovered later. As a result, file earlier or be extra cautious if you deposit closer to December 31.”

Belated ITR
An ITR that is filed after the due date of the return is known as belated return. Under section 139(4) of the IT Act, belated returns can be filed up to 31st December of the relevant assessment year.

Revised Return
If the taxpayer has filed the original or belated ITR but later finds an incorrect detail, he has the option to revise his tax return under section 139(5) of the IT Act. Revised returns can be filed by 31st December of the relevant assessment year.