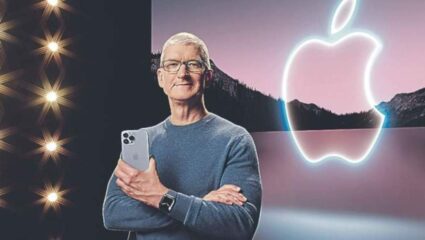 Delhi: Apple is cutting CEO Tim Cook’s compensation by more than 40% to $49 million in 2023, citing Cook’s own request to balance his pay, saying the changes As part, the percentage of stock granted to Cook will increase from 50% to 75% in 2023, depending on Apple’s performance. Cook received $99.4 million in compensation for 2022, consisting of $3 million in base salary, approximately $83 million in stock, and a bonus. This was slightly higher than in 2021 when his total pay package was $98.7 million.

Cook’s Stock Will Continue After Retirement

Apple has drawn criticism from groups such as shareholder services regarding Cook’s previous compensation package, but a majority of shareholders voted to approve it last year. ISS, a top advisory firm, complained that Cook’s stock would continue after retirement and that half of the awards do not depend on performance criteria such as the company’s share price.

Pledged to give his property for religious work

The $49 million in target compensation includes the same $3 million salary and $6 million bonus as in 2022, as well as an equity award value of $40 million. His equity award was worth $75 million in 2022. Cook’s actual total compensation for 2023 is subject to change based on the company’s stock performance. Cook, 62, has pledged to give his wealth to religious causes. Shares of Apple were down 27% last year, though it was a smaller decline than the tech-heavy Nasdaq Composite Index. They have climbed 2.7% so far this year.