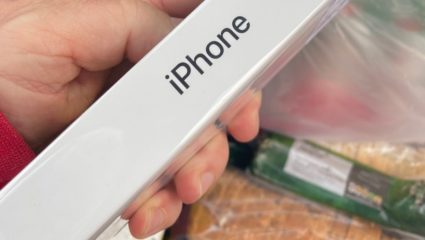 Delhi: The iPhone 13 grabbed 4 percent of sales in the annual fourth quarter, followed by the Samsung Galaxy M13, Xiaomi Redmi A1, Samsung Galaxy A04s, and Realme C35. It’s not entirely clear how the iPhone 13 has managed to achieve such success in the face of stiff competition from budget brands. However, it is worth noting that major e-commerce companies such as Amazon and Flipkart offered significant discounts on the iPhone 13 and later models, along with various bank and exchange offers during this time period.

These promotions have made the iPhone 13 more accessible to a wider range of consumers, helping it stand out in a crowded market. In comparison, the best-selling smartphones in Q4 2021 were Realme C11, Oppo A54, Galaxy M12, Redmi Note 10s, and Redmi 9A that cost less than Rs 15,000.

While these brands have traditionally done well in the Indian market, the success of the iPhone 13 shows that there is still a demand for premium devices in the country. It will be interesting to see whether Apple can maintain its position as the best selling smartphone in the coming quarters or budget brands will be able to reclaim their dominance. Meanwhile, if you are planning to buy the iPhone 13, Amazon and Flipkart are offering huge discounts on the smartphone. The iPhone 13 is currently listed for Rs 65,900 on the e-commerce platform. However, the smartphone can be bought at a lower price with bank and exchange offers.

The iPhone 13 sports a 6.1-inch Super Retina XDR OLED display with a resolution of 2532*1170 pixels and a pixel density of 460ppi. The iPhone 13 is powered by the A15 Bionic 5nm hexa-core processor and is available in three storage variants, including 128GB, 256GB, and 512GB. The smartphone runs on iOS 15 out of the box. The iPhone 13 sports a dual-camera setup at the back that includes a 12MP primary camera and a 12-megapixel ultra-wide lens. On the front is a 12-megapixel lens for selfies and video calls. Although Apple hasn’t revealed the battery specs of the iPhones, the iPhone 13 is believed to pack a 3240mAh battery with support for up to 20W fast charging.