The Philadelphia Police has released a video related to the incident on Thursday. In which all the three accused of murder are visible. 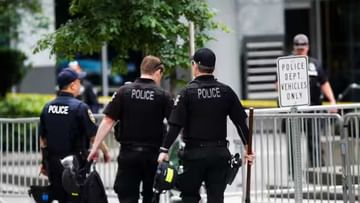 America’s Philadelphia A man of Indian origin was shot dead during an incident of robbery at a gas station. A 66-year-old Indian-origin man worked as an employee at the station. Police is looking for three people in connection with the murder. The Philadelphia Police has released a video related to the incident on Thursday. In which all the three accused of murder are visible.

Authorities said masked men entered a gas station mini-mart in the 7100 block of Torresdale Avenue in Exxon on Tuesday and committed the robbery. Police said the masked men posed as clerks at the store. Patro, who was working in, attacked and shot once in the back. Not only this, the accused also ran away with the cash register. Doctors declared Patro dead after minutes.

Indians work in large numbers at petrol stations in America

According to information, a large number of Indians and other South Asians work at petrol stations in America. In September, an Indian-origin man was killed at a petrol pump in Tupelo, Mississippi. Philadelphia Police Captain Jose Medina said, “This is a very sad incident.

Patro had returned from a foreign trip

A person of Indian origin was murdered. There a media organization said that Patro was originally from India and had recently returned from a foreign trip. He is survived by his wife and son. The manager of the Exxon gas station says they are adding security gates and implementing window service only during certain hours.

Patro used to be worried about criminal incidents

Neighbors said of Patro that he knew his customers well and helped them in any way he could. Patro was concerned about the increased crime incidents in the area, including carjackings and breaking into gambling machines inside stores. effort was involved.