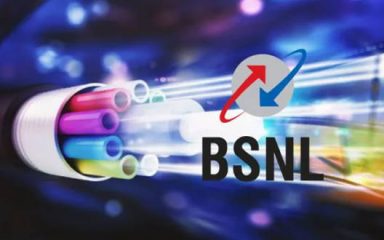 Delhi: India’s government company BSNL has started a unique initiative in which Bharat Sanchar Nigam Limited (BSNL) has launched Internet Protocol Television (IPTV) service. For this, the company has partnered with City Online Media Private Limited. With this, IPTV service will be provided to broadband customers. According to a report, the IPTV service will be provided under the Ulka TV brand. This brand comes under City Online Media Private Limited. The company will offer more than 1000 TV channels in the new IPTV service. For this, it is necessary to have a broadband connection.

Both new and old customers can take advantage of this service.

As per the report, BSNL broadband customers will not have to buy separate TV and broadband connections. It has been told in the report that BSNL has just launched this service only in Andhra Pradesh. However, in the coming time it can be introduced at other places. Both new and old customers of BSNL can take advantage of this service. Apart from this, IPTV service will also be provided by RailTel. For this, the company has also partnered with City Online Media.

Content and live TV can be streamed on the smartphone

RaiWire will provide IPTV service to users through City Online Media. Users will be given the option for this. The exit list of the channel has not been confirmed yet. But, in the coming time the company will share more information about it. Let us tell you that IPTV or Internet Protocol Television is an online service. This allows users to stream content and live TV on their TV or smartphone. In the case of BSNL, this service will be given under Ulka TV. For this there is Ulka TV app which can be downloaded on TV or smartphone. 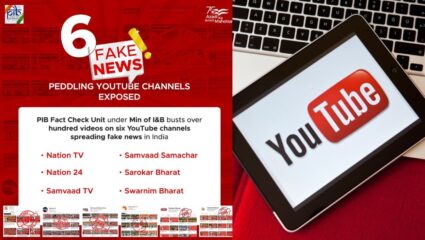 Delhi: The Ministry of Information and Broadcasting (I&B) on Thursday busted six YouTube channels for acting in a coordinated manner and spreading misinformation about the government, elections, Supreme Court and proceedings of Parliament, President and Prime Minister of India. These channels have 2 million subscribers and their videos have been viewed more than 510 million times, the release said. Last December, the Center flagged three channels for spreading fake news. In an official statement, the Fact Check Unit of Press Information Bureau (PIB) fact checked six channels on YouTube namely Nation TV, Samvad TV, Sarokar Bharat, Nation 24, Swarnim Bharat and Samvad news channels which turned out to be fake.

Busted channels part of fake news economy; have a combined following of over 20 lakhs

The video has been viewed over 51 crore times

Thumbnails and pictures of television news anchors to assure viewers that the news they shared was authentic. The Ministry of Information and Broadcasting said in an official release that these YouTube channels are part of a fake news economy that thrives on monetization of fake news.

The Fact Check Unit of PIB released six separate Twitter threads containing over 100 fact checks to counter the fake news being spread by these channels. This is the second such crackdown by the unit under the Ministry of Information and Broadcasting where entire channels have been busted.

For example, handle PIBFactCheck tweeted about Samvad TV, a YouTube channel with over 1 million subscribers, that is propagating #FakeNews about the Government of India and making false claims about the statements of Union Ministers.