US health officials say the January 5 deadline has been set to give airlines enough time to implement the new rules. 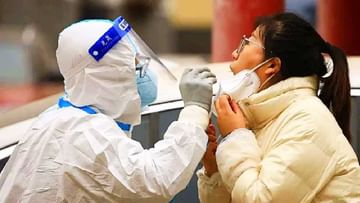 The statement of the National Health Commission continued, saying that China will not release the daily corona cases.

Corona is wreaking havoc in the world including China. Its dangerous condition can be gauged from the fact that China From the hospital to the medical stores, there are long queues for medicines. Even the dead bodies are piling up in the morgues. Meanwhile, passengers flying from China to America have been asked to show negative report of Kovid-19 at the airport. America has made this order mandatory. In fact, after the relaxation of Kovid-19 restrictions in Beijing, a rapid increase in cases was seen.

US officials said, before boarding passengers flying from China to America, their airline will have to show a negative test report and this report should not be more than two days old. This can be either a PCR test or an antigen self-test administered through a telehealth service. Apart from this, these rules will also apply to passengers flying from China to America via other countries, which include Hong Kong, Macau, Toronto and Vancouver.

A passenger who has been found to be Covid positive more than 10 days prior to his flight and has recovered, will have to show the negative report as well as the supporting documents. The new rules will be effective from 12 noon on January 5. The US health official said, “We know that these measures will not eliminate all risks or completely prevent infected people from entering the US. Nevertheless, together they will help limit the number of infected people and give us an early warning about new variants.

US health officials say the January 5 deadline has been set to give airlines enough time to implement the new rules. However, for how long these rules will remain in force, the officials have made it clear that they will assess the situation in the coming times. Only after this, further changes will be made as per the need. 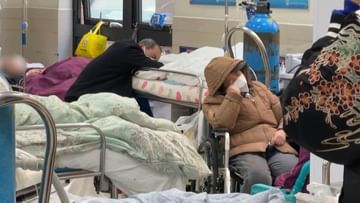 People undergoing treatment in the hospital during the Corona explosion in China, and their relatives

The world is once again terrified of Corona because China Kovid-19 has spread its legs again. Things have turned worse. People are afraid to come out of the houses. Even the sick people have to stand in queues for hours to buy medicines. At the same time, the hospitals are overcrowded and the morgues are piling up with dead bodies. Some similar situation is also in Japan, where more than 300 deaths are happening daily. Apart from this, the situation in America is serious. Last day 1401 patients died due to the virus.

According to the Worldometer website, which has the data of Kovid-19, the maximum number of deaths due to corona in the past day was 326 in Japan. Apart from this, there have been 195 deaths in America, 170 in Brazil, 144 in Germany and 115 in France. The increased cases of corona in both of these have raised concerns. Chinese President Xi Jinping has also acknowledged that the current wave in his country has entered a new phase and tough challenges remain.

In fact, the World Health Organization (WHO) has asked Beijing to provide more data on the variants of the corona virus, amid steps by India and other countries to test passengers coming from this communist country. . Xi said in his New Year address to the nation that now we have entered a new phase of fighting Kovid-19. It has not been an easy journey. Because the country is facing unprecedented difficulties and challenges.

Xi Jinping spoke on Kovid for the second time

This is the second time in the past few days that Xi has spoken on the current Covid situation in the country after the zero-Covid policy was relaxed overnight in early December following public protests in China. After repeated appeals by the WHO, China on Friday allowed its officials to talk to the experts of the global health body.

India has made negative RT-PCR reports mandatory for all international flights arriving from China, Singapore, Hong Kong, South Korea, Thailand and Japan from today. Instructions have been issued to the airline by the Central Government. There were 226 new cases of Kovid in the country on the last day, due to which the number of people who have been infected with the corona virus so far in the country increased to 4,46,78,384 on Friday. At the same time, the number of patients under treatment has increased to 3,653.

The mother-daughter duo is accused of selling more than 560 organs. The name of the accused is Megan Hess who used to execute this conspiracy. Those who used to bring the dead bodies of their relatives for the last rites, Hess used to prepare fake forms by cheating them. 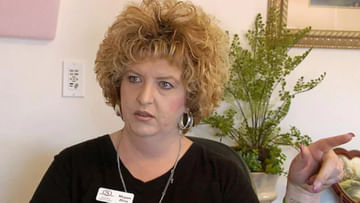 in Colorado in the US humanity case has come to the fore, here a woman Had made the dead bodies that came for the last rites a source of income. She used to charge in the name of last rites, but after extracting organs from dead bodies smuggling Used to do The woman’s mother was also her partner in this work. Both mother and daughter are accused of selling more than 560 organs. The name of the accused is Megan Hess who used to execute this conspiracy. Those who used to bring the dead bodies of their relatives for the last rites, Hess used to prepare fake forms by cheating them.

Accused Megan Hayes used to run a crematorium and human organ donor service (donation of human body parts) from the same house in Montrose city, Colorado, US. The court has sentenced him to 20 years for cheating. At the same time, his 69-year-old mother Shirley Koch has been sentenced to 15 years.

Mother used to rag, daughter was a fraud

The work of the mother and daughter, accused of trafficking human organs, was different. First of all, daughter Megan Hess used to prepare a donor form by cheating the relative who brought the dead body for the last rites. Mother Shirley Koch’s job was to dissect the body and remove the organ that was to be sold. After this, Megan Hayes once again prepared fake papers and sold that organ.

This is how the matter came to light

This matter came to the fore in 2016 in an investigation series published by Reuters on the trafficking of human organs. After this, a few months after the publication of the story, the Federal Bureau of Investigation (FBI) raided this house and arrested both mother and daughter. In the case in federal court, prosecutors described it as the most important case of the sale of human body parts in American history.

Megan Hayes’s lawyer called her a psychopath to save her in federal court. The lawyer said that at the age of 18, Megan had a head injury, because of which she was doing such work. However, this argument of the lawyer was completely rejected by the testimony of the victim, Erin Smith. Erin told how the accused prepared donor farms as a conspiracy, mutilated her mother’s body and sold even her shoulders, knees and feet for a few rupees.

Used to take 1000 dollars in the name of funeral

The accused mother-daughter not only used to sell the organs after dismembering the dead bodies, they also used to charge $ 1000 for the last rites from the relative who brought the dead body. According to a Reuters report, both mother and daughter cheated about 200 people. She used to give him some relics along with the ashes of the dead body in a color box, while the last rites never took place.