Police said no students were injured in the shooting at Richneck Elementary School. A 30-year-old female teacher was seriously injured after being shot. 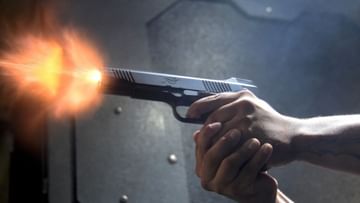 America Gun culture has once again turned an innocent into a criminal. Here Virginia In a 6 year old child shot his school teacher. It is being told that the child shot his female teacher after a dispute, injuring her. Police said no students were injured in the shooting at Richneck Elementary School. A 30-year-old female teacher was seriously injured after being shot.

Newport News Police Chief Steve Drew told the media that his condition had improved by afternoon. Police said the boy had a handgun in class and took the student into custody. He said the shooting was not an accident. Newport News is a city of approximately 185,000 people in southeastern Virginia.

This American city is known for its shipyard, which builds the country’s aircraft carriers and other US Navy ships. According to the Virginia Department of Education website, the Richneck school has about 550 students in fifth grade. The school authorities have already said that the schools will remain closed on Monday. However, no other student is involved in the incident and the matter is being investigated.

Hundreds lost their lives in the earlier firing

After Friday’s shooting, it is bound to spark a debate in the country as to why carrying guns on school campuses should not be banned. The Congress had also passed a bill in this regard. Hundreds of people have lost their lives because of gun culture in America. Last year, ten people were killed in a shooting at a grocery store in Buffalo and 21 people lost their lives in a school shooting in Texas.