At the time of suspension, Donald Trump’s account was the most followed account on Facebook, with millions of followers. At the same time, after losing the election, hundreds of people stormed the Capitol in his support.

Let us tell you that at the time of suspension, Donald Trump’s account was the most followed account on Facebook, which had crores of followers. At the same time, after losing the election, hundreds of people stormed the Capitol in his support. Meta then suspended Trump from its platforms, citing the risk of inciting further violence. His accounts on other popular social media platforms, such as YouTube and Twitter, were also deactivated that week.

Meta announces Facebook & Instagram accounts of Former US Pres Donald Trump will be reinstated in coming weeks; will come with new guardrails in place to deter repeat offenses, US media reports

Trump’s accounts were suspended two yrs ago over incendiary posts on riot at Capitol pic.twitter.com/joqf50AZWS

Let us tell you that in November last year, Twitter restored Trump’s account after Elon Musk took over as the CEO of the micro-blogging platform. During that time Musk tweeted, “The people have spoken. Trump’s account will be restored. Vox populi, vox dei.” Vox Populi, Vox Dei, is a Latin phrase meaning “the voice of the people is the voice of God”.

In fact, Twitter CEO Musk had asked users of the microblogging website to vote on whether to restore Trump’s account, which was earlier under a lifetime ban for inciting violence at the Capitol riot in the US. Reinstate former President Trump, Twitter owner given a chance to vote yes or no. According to the poll, over 15 million Twitter users voted in favor of his reinstatement with 51.8 percent voting.

Ukraine has been demanding for months the supply of heavy tanks, including the US Abrams and German-made Leopard-2 tanks. Zelensky said air defense has been our weakness in the face of targeted Russian attacks, including the use of Iranian-made drones. 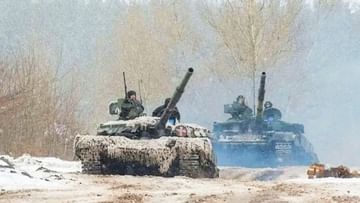 The war between Russia and Ukraine continues. Both the countries have suffered heavy losses so far. Ukraine is badly devastated. Lakhs of people have taken refuge in neighboring countries, yet it is not ready to back down. Russia giving tough competition to Meanwhile, America has announced to give him huge financial assistance, which is more than 2.5 billion i.e. 20 thousand 312 crore rupees.

The US announced a massive new package of arms and ammunition for Ukraine. According to a statement from the Pentagon, this includes 59 Bradley Infantry Fighting Vehicles, a large number of other armored personnel vehicles, the Avenger Air Defense System, large and small arms.

Earlier, Ukrainian President Volodymyr Zelensky expressed his frustration at not receiving enough tanks from some Western countries to help defend Ukraine against Russian forces. In a talk on the sidelines of the annual meeting of the World Economic Forum (WEF) in Davos, Switzerland, Zelensky indirectly criticized Ukraine’s key pro-Ukraine countries such as Germany, Poland and the US for their hesitation to send the tanks.

War cannot be fought with only morale and encouragement – ​​Zelensky

In an address via video link, Zelensky lamented the lack of specialized weapons and said that one cannot fight a war with morale and motivation alone. He said, I want to thank our partners again for their support. But at the same time, we should not hesitate when someone says or we should not compare that if someone else will share his tank then I will give tank.

Zelensky also said that air defense has been our weakness in the face of targeted Russian attacks, including the use of Iranian-made drones, and that long-range weapons are needed to counterattack Russian forces in Ukrainian territory.

Ukraine has for months been demanding supplies of heavy tanks, including US Abrams and German-made Leopard-2 tanks, but Western leaders are treading cautiously. Britain announced last week that it would send Challenger-2 tanks to Ukraine. At the same time, France has said that it will send AMX-10 RC armored fighting vehicles to Ukraine.