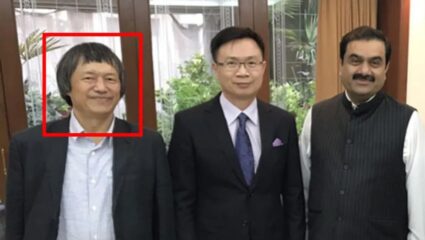 What is the allegation of Adani and Chinese connection

Who is Chang Chung Ling

Adani Group suffered a loss of 11 lakh crores to the research firm, in which an attempt has been made to link Adani’s name with a Chinese businessman. Chang Chung Ling’s company is Goodami International. According to the company’s annual report in 2005, the company had 1,999,999 shares. In 2002 Goodami International was a related party of Adani Enterprises. Goodami International came into limelight in 2008 when it was allegedly linked to the AgustaWestland VVIP chopper scam. According to a report, Goodami had invested around $4.5 billion in various funds. He had a stake in the Adani Group. Not only this, it has been claimed from the Hindenburg report that he also worked as a director in Adani group firms. 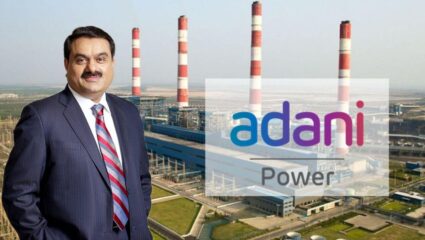 Delhi: A report by Hindenburg Research has put Adani Group in trouble. Shares of companies have fallen by more than 60 percent. The loss has crossed 10 lakh crores. Adani, who reached the second position in the list of world’s richest businessmen, is no longer even in the top 20. Adani has lost as much wealth in five days as he had earned in the last one year. Now Bangladesh has given a blow to Adani. Now the rest of the country is on alert after the Adani group is in trouble. Bangladesh is also included in this. Bangladesh signed a power purchase agreement with Adani Power Ltd in 2017. Bangladesh has demanded amendment in it. The electricity rates fixed by Adani Group are high. The Bangladesh government has demanded that they should be reduced.

What are the deals between Adani Power and Bangladesh

Adani Power Limited is setting up a power plant in Godda district of Jharkhand. The capacity of this center is 1600 MW. Electricity will be sent to Bangladesh from this center. Bangladesh currently imports 1160 MW of electricity from India. As per the 2017 agreement, 1,600 MW of power generated from the Godda station would be sent to Bangladesh. An agreement has been signed between Adani Group and Bangladesh for 25 years. Bangladesh will get power from Godda from March this year. Bangladesh Power Development Board (BPDB) has sent a letter to Adani Group for changes in the power purchase agreement. Board officials have said that the rates of coal required for the project should be reconsidered. Adani Group has sent a letter to BPDB for coal import. Demand note from BPDB is required to receive letter from Government of India. BPDB officials say that the cost of coal that Adani Power will buy to buy power generation will ultimately fall on Bangladesh.

What is the demand of Bangladesh?

Adani Group has sent a demand note to Bangladesh. In this, the price of coal has been mentioned as $ 400 (Rs 32,897) per metric ton. BPDB officials have said that this rate is very high. Officials said the price should be $250 (Rs 20,561). The letter mentions that we are calculating the same rate for other power stations as well. 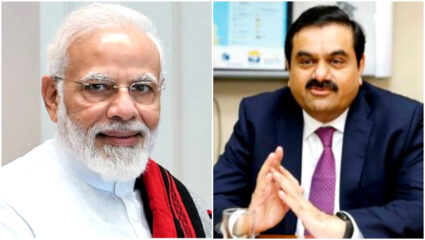 Mumbai: Finance Minister Nirmala Sitharaman presented the budget today. After this the stock market opened with gains. After Sitharaman’s budget speech, the Sensex of the Mumbai Stock Exchange saw a gain of about 1000 points. It ended the day at 59,708, up only 158 points. But the shares of Gautam Adani Group’s companies continued to decline for the fifth consecutive day today. Though the follow-on public offer (FPO) of Adani Group flagship Adani Enterprises was paid-up 112%, the stock fell 6% today on the second day after the FPO closed. Despite the good growth on the day of the budget (Union Budget 2023), the prices of some shares of Adani Group are not increasing. Shares of Adani Enterprises fell 6% to Rs 2,800 today. The stock had closed at Rs 2,974 on Tuesday. The company’s FPO was closed on January 31 after 112%.

Adani Group reacted in this matter

While the reserve for shareholders was filled at 126% and the reserve for retail investors at 12%. The reserve for the staff was also filled by 53%. Today Adani Green Energy fell 6% to Rs 1,151. Adani Ports fell 3% to Rs 594 today. Adani Total Gas fell 10% to Rs 1,897. According to a report, the fall in Adani Group’s shares is the result of Hindenburg’s negative report. Adani Group has given a response in this matter.

Stocks will remain under pressure for some time

Also, SBI and LIC have not raised concerns about the group companies. Adani group companies have no unsecured debt. Experts say that the pressure on the shares of Adani Group will remain for some time. So investors will have to wait for some time. What will be revealed further from the company, it will be a matter to be seen. 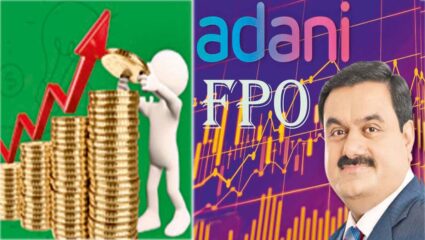 Mumbai: Adani Group, with a market capitalization of more than Rs 19 trillion, surprised everyone by announcing the mega public issue of its top company Adani Enterprises Ltd. (AEL) despite the ongoing fall in the stock market. Is. Adani Enterprises came out with its first issue in 1994 at Rs 150 per share and now after 28 years is coming up with a Rs 20,000 crore follow-on public offering (FPO) which will open on January 27, a day before the presentation of the Union Budget. Will close on 31 January 2023. This is the 11th IPO in the history of the Indian capital market. This is the second major public issue after LIC’s Rs 21,000 crore IPO last year. Despite being the most valuable Indian government company, LIC’s IPO disappointed investors and resulted in a loss of 8% on the day of listing.

Similar was the case with the mega issues of Yes Bank, SBI Card, GIC and Coal India. The worst happened to Reliance Power and Paytm. Investors have been disappointed in most of the mega issues that have come so far. That’s why there is a discussion among investors whether Adani Enterprises will benefit from the general issue or not?

Going by the track record of the group led by billionaire industrialist Gautam Adani, it has emerged as the biggest wealth creator over the years. Group companies may not be earning much profit, but their shares are running at the fastest pace and making investors rich. In the last three years, the group’s 5 companies Adani Power, Adani Green, Adani Transmission, Adani Enterprises and Adani Total Gas have increased from 6 times to Has given returns up to 36 times thatched roof. Adani Port, the sixth company, has given 3 times profit. Adani Wilmar, the 7th company of the group, has given a tremendous return of about 3 times in a year after bringing the IPO. After taking over the major cement companies Ambuja and ACC in the past, they have also given good returns. The group has also been accused of receiving special ‘favours’ from the government, but regardless of these things, the group is becoming an investor’s favorite by providing strong returns.

With a market capitalization of Rs 4 trillion, Adani Enterprises currently has an equity capital of Rs 114 crore, of which promoters hold 73%. Even after this general issue, the equity capital of the company will increase by only 5% and the equity will increase to Rs 120 crore only. In the FPO, the company’s Re 1 face value shares have been kept in the price range of Rs 3112 to Rs 3276, which is only 5% less than the closing price of Rs 3434 on BSE on Monday. Its stock had gone up to Rs 4189 in high. The group wants to add more number of retail investors through this FPO. Who currently have only 2 percent shares. That’s why the group has kept the lot size of only 4 shares for the application and is giving a discount of Rs 64 per share to the retail investor. The application amount in FPO is also being taken at 50% i.e. Rs 1638 per share only. The rest will be taken later. The application amount for 4 shares will be Rs.6296 only. 6.15 crore equity shares will be offered in this FPO.

Adani Enterprises, established in March 1993, is India’s largest listed business incubator and operates in 4 key industry sectors Energy & Utility, Transportation & Logistics, Consumer and Primary Industry. This company has helped in setting up new businesses for the Adani Group over the years. Developed them into 6 large and self-sustaining business segments and later listed them independently on the stock exchanges, adding value to millions of their shareholders. Adani Enterprises’ current portfolio includes a green hydrogen ecosystem, data centers, airports, road construction, food FMCG, digital, mining, defense and industrial manufacturing. The company is capitalizing on new opportunities that could be game changers in the green hydrogen, airport and data center businesses. In the near future, AEL may de-merge some of its subsidiaries or bring an IPO. AEL has a reserve of Rs 31,000 crore and a debt of Rs 29,500 crore. In the first half of the financial year 2022-23, the company has earned a net profit of Rs 901 crore on a turnover of Rs 79,000 crore. On which EPS was Rs 8.23 ​​and book value was Rs 317 per share. The company is trading at a PE ratio of 231 at the upper FPO price of Rs 3,276 per share.

Different than other major issues

At first glance, the offer price in this mega FPO of Adani does not look particularly attractive. At the current share price post FPO, there seems to be a strong scope for hitches. Experts believe that there is tremendous growth potential in its green hydrogen and data center business. Which can have a positive impact on the company’s profit and share price. This mega issue of Adani looks very different in comparison to the mega issues of other companies that have come so far. Given the future growth strategy of Adani Enterprises and the track record of the group, the company’s FPO offers glimpses of future profit opportunities.

Adani FPO: At a Glance