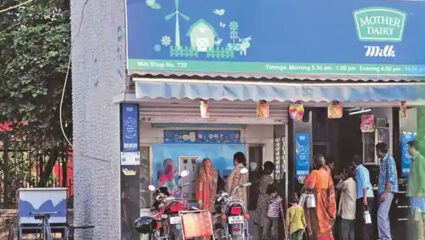 New Delhi. Once again there has been a robbery on the pocket of the general public in the country. Yes, now once again Mother Dairy has increased the price of milk by Rs.2/litre. And now the increased rates in Delhi-NCR will be applicable from Tuesday. At the same time, there is no change in the MRP of cow’s milk and tokenized milk.

There is no revision in the MRP of Cow Milk and Token Milk variants. pic.twitter.com/SXoQ8sbqBS

Let us inform that before this, Mother Dairy had increased the prices of milk on November last itself. Mother Dairy has decided to increase the price of full cream milk by Re 1/litre. Also, tokenized milk has been increased by Rs 2/litre.