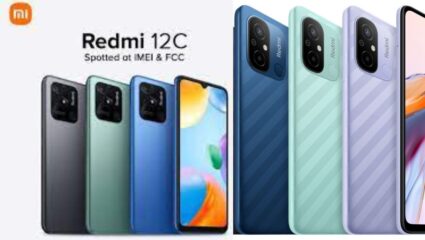 Delhi: Redmi 12C was launched in China late last year as a low-cost smartphone. According to a new report, the phone will be available in India next month. The Indian unit should share the same design and features as the Chinese variant. The Redmi 12C is expected to release in India ahead of Barcelona, ​​which is scheduled to take place between February 27 and March 2. It will most likely have the hardware configuration of its Chinese counterpart. The Redmi 12C is powered by the MediaTek Helio G85 SoC.

According to a report, the Redmi 12C will be powered by the MediaTek Helio G85 SoC with Mali-G52 GPU. It will have up to 6GB of RAM and up to 128GB of storage. The Redmi 12C launched in China features a 6.71-inch HD+ (1,650×720 pixels) display with 20:6:9 aspect ratio and 500 nits peak brightness. The phone also packs a 5-megapixel front-facing camera and a dual rear camera setup with a 50-megapixel primary and a 0.08-megapixel depth sensor. The device also has a 3.5mm headphone jack and a Micro-USB charging port for its 5,000mAh battery. A 10W charging adapter is included with the Redmi 12C.

The Redmi 12C comes with a hybrid dual SIM (Nano) slot. The device packs LPDDR4X RAM and eMMC 5.1 flash memory. The storage of Redmi 12C can be increased up to 512GB via microSD card on all three internal storage variants. The back of the phone has a square cutout which houses a single pill-shaped camera and an LED flash. A fingerprint scanner for biometric verification is located next to the camera module. The budget offering from Xiaomi sub-brand Redmi is available for purchase in China via the company’s official sales website, Mi.com. The Redmi 12C is available in four different colors: Shadow Black, Sea Blue, Mint Green, and Lavender (translated). The smartphone has very thin bezels. At the same time, the chin is quite thick.

Before the end of the year, Redmi has launched another cheap smartphone. Actually, Redmi has launched Redmi 12C as its new budget smartphone in China. The company has introduced it as a successor to the Redmi 10C, which debuted in March 2022. The latest C-series Redmi phone sports a slightly different design compared to its predecessor. Waterdrop notch has been given on the top for the front camera in the phone. The Redmi 12C is a budget phone, and hence comes with a polycarbonate body. The phone also has a plastic frame. Xiaomi has launched the Redmi smartphone with three storage options. Let’s take a look at the Redmi 12C price, specifications, and other details. 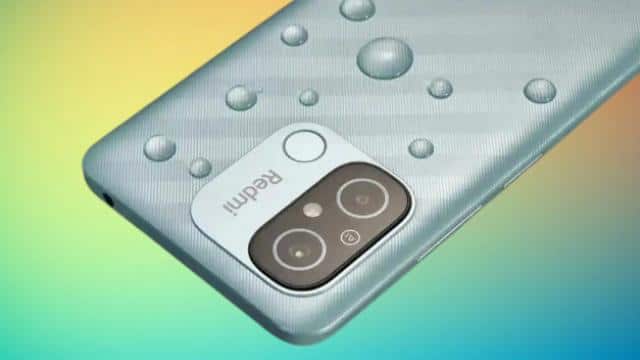 Basic specification of Redmi 12C
Talking about the specifications, the phone sports a square-shaped module at the back, which houses a pill-shaped camera module and a fingerprint scanner. The LED flash is located inside the camera module. The device packs a 50MP primary camera sensor at the back. There is a 5MP front camera sensor for selfie. The phone comes with a 6.71-inch HD Plus display with 1650×720 resolution. The screen has 20.6: 9 aspect ratio and peak brightness of 500 nits. The display has a small dew-drop notch for the front camera. It has very thin bezels except for the thick chin.

The 12C is powered by the MediaTek Helio G85 chipset. The octa-core CPU is paired with Mali-G52 GPU. The device comes with LPDDR4X RAM and eMMC 5.1 flash memory. The storage can be expanded up to 512GB via microSD card. The device has a hybrid SIM slot and a 3.5mm headphone jack. The phone packs a 5000mAh battery and comes with a Micro-USB port for charging with a 10W charging adapter. The device weighs around 192 grams and measures 168.76×76.41×8.7mm in dimensions.