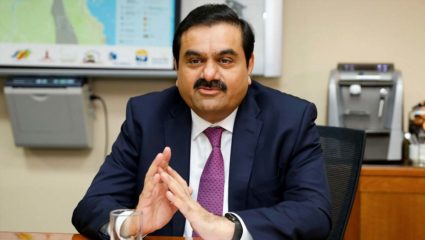 Delhi: India’s billionaire and Asia’s richest Indian Gautam Adani was ranked third in the Bloomberg Billionaires Index. According to a report, the ranking of Gautam Adani has now slipped to number four in the list of the world’s richest people and Amazon’s Jeff Bezos is now the third richest person in the world. Jeff Bezos is the founder of Amazon, the world’s largest online retailer. Bezos’ Seattle-based company sells electronics, home goods and other products through its flagship website.

India’s Adani Group chairman Gautam Adani now has a net worth of $120 billion, while Jeff Bezos’ net worth has risen to $121 billion, as on 24 January 2023. Bernard Arnault remains the richest person with a net worth of $188 billion, according to Bloomberg data. Gautam Adani saw a drop of $872 million in the last 24 hours, leaving him with a loss of $683 million. The Bloomberg Billionaires Index produces a daily ranking of 500 people.

Figures are updated at the end of each trading day in New York. The two richest men on the list are Louis Vuitton’s Bernard Arnault and Tesla and Twitter owner Elon Musk, while Amazon’s Jeff Bezos is now the world’s third-richest person, according to the Bloomberg Billionaires Index.